What Have We Become?

As pages of books flip, as words sound to the hearing of our ears, as we watch the pictures on screens; words and names such as civilization, evolution, architecture , religion and Nelson Mandela, W.D Bois, John Mensah Sarbah and  others flashes through our mind as things of today yet they were as old as the earth.

We are Africa, a continent of many riches yet we share the plaque of poverty most.

Is it a curse or a blessing to be born black? The question is left unanswered in our courts – which is a priority? To have enough and use none or have none yet quest for some. To the rationalist out there, I think the latter serves us good than the former, for the former is of us and really we are in doom.

A wise man once said, ‘it is not what you have but what you make of what you have’ and I think this wouldn’t be understood any better than likening it to the darkness of Africa.

YES we could be right, if we blame the whites as the source of our darkness but it is wholly wrong to blame the whites since I say unto you a wise man learns from his mistakes than a fool from its triumph. We enslaved our own before the white came, we exchanged our own for gun power without coercion yet we stand on our feet today , in no shame but to blame those who made us than destroy us.

Where could our fore fathers be? At the imaginary place called heaven or hell or beneath the soils of the earth? If they could hear my shout!

They should pay no death ear to my cry, for I come not to plead but to ask of the knowledge of the Egyptians and to make us as how they wish we were. I lamented not for its no dirge nor an elegy but an allegory to convey insight.

What have we become? A group of extremist who kill our own people in the name of anti-western education, a group of men who share a football aim yet kill at stadiums, a society yet many are of animals than human!

What have we become my people?

Should we cry for change and leave our hands clean in our bed rooms or should we chase after our problems and hope for answers to the unsolved puzzles of life. What have we become?!

A child born on our land only prays to leave to another land since he sees no good in what we have become. As the sun rises, news of millions of dead bodies floating on the seas of the Mediterranean greets us at our door steps yet those we made as our guardians, take our hearts to the dogs in exchange for flashes.

It was a joyful moment when we hear the names of men such as Martin Luther junior, Mandiba Mandela, Desmond Tutu and the likes but today we have only become fraudsters, imitators and corrupt gadgets. What have we become!

For it is said of the Greeks that they never cried, for they hope always of the best but to us there is nothing to hope for. The lakes are now green, the rivers have become wells, the forest is made now of desserts and only tears comfort our hearts. It is now that I agree with the noble writer Patrick Fynn, that really there is no light at the end of the tunnel; it was all a wasteful journey.

I leave with you not tears, nor guilt but a challenge for us to make our lives a better one. As you read the words of this writings, remember to answer the rhetoric, what have we become!

May the gods (God) you serve watch over your fears and make you strong as we build a better Africa. 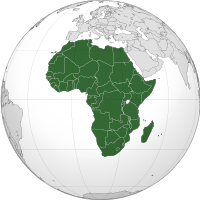