…Until The Musician Started Writing The Laws of Society

It is a person’s choice whether or not they want to expose themselves to any type of music considered unsuitable and demeaning. If nobody controls what I stick into my ears, nobody should control who runs the lyrics through a beat.
I believe a government or its policies cannot restrict the way people express themselves through music or any other art. Any such legislation will be both undemocratic and paternalistic. We will be sounding like the IGP on the election-social-media brouhaha.
Censoring our music and matching every song’s lyrics boot-for-boot will, to an extent limit our freedom of speech and suppress creativity.
Apart from that, we cannot pin all the world’s failure on profanity in music – bad music is not the only father of bad deeds. After all, it is the media which should ensure that the songs that end up being played on air are in appropriate forms. 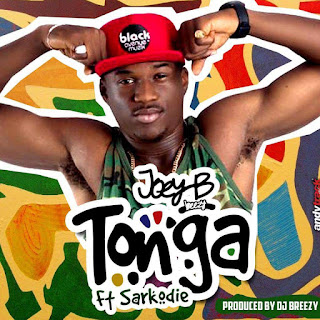 So the music pundits can pass Joey B’s ‘Tonga’ through a mill and clothe it with the terms, ‘implicit’, to make it less immoral. That never caused me an embarrassment until a curious child walked up to me and asked, “Sir, what is Tonga?”
And it needn’t be a headache if Shatta Wale released a ‘diss’ song, followed by a remix and a remake, then a refix and a full album with more raunchy lyrics – until my younger sister began to sing along. Then it became a sudden, severe throbbing headache that radiates to the heart.
We could pretend it wasn’t a bother when explicit content filled our songs until we started using the back cover of note books to copy song lyrics to memorise.
We were waiting to queue on December  7 to elect 275 lawmakers until we realised musicians were those writing the laws for society. We may have given those Chinese seats, the V8 vehicles and the allowances to the wrong group of people. We queue to vote once in four year for elect political leaders but we make longer queues every weekend for shows. Some people are taking some people’s places. 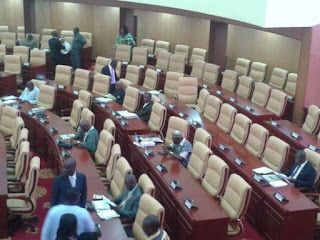 Pull up! Pull up! We will settle this.
Sarkodie colonised a section of the masses and named his constituency ‘SarkNation’. Stonebuoy led a group of ‘BhimNation’.  Okyeame Kwame created an ‘OK World’.
The list goes on to include ‘M.anifans’, ‘Tiptoers’, ‘Eliens’, Shatta Movement’, ‘Opanka Army’, ‘Nunatics’ and what have you. A certain new artiste, CJbiggerman even has a fanbase, ‘Biggerfans’. So we have been under their territorialism all this while. These musicians are something else. 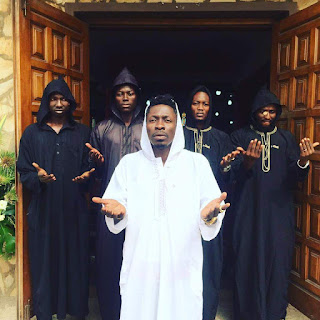 It is therefore not unnatural to see MzVee have a bigger social media following than Hanna Tetteh; an indication that one of them commands stronger authority than the other. If it is not the one tip-toing, it certainly isn’t the one representing Awutu-Senya West. Check the list of ‘Most Influential Personalities’, you will see the rappers are topping like icing on cake!
Sometime ago, Sarkodie was quoted to have said people listen to him more than the President. All those who chastised him on that comment should send him apologies, so we can make progress. 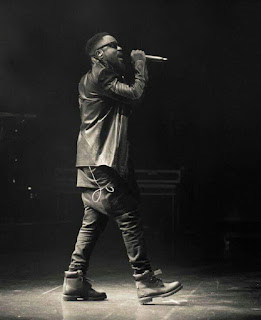 Because music moves our whole being, it plays a role in setting an alignment of ourselves. Music provides a powerful form of expression that, at its most basic level entertains whiles containing the power to cause revolutions. If we can have a more comprehensive awareness of how our art is making a difference around us, we will cheer on only musicians whose acts impact society positively.
They write the trends of the moment through every strike of the guitar strings. They write the laws that chain us through every beat of the percussions. They change the orders by every word and hum they make. They mount the high stages under strong eye-blinding lights, step a foot on the monitor speakers and make the decrees. And right under their noses is a crowd assenting to bill, in all excitement. And there’s a DJ behind screaming ‘Order!’ to keep the process under control. 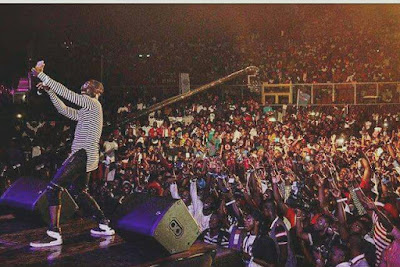 In all styles of music nowadays, there are a plethora of songs with content that glorify sex, drugs, drunkenness, lust, infidelity, cruelty, racism and violence. All we are fed with is negativity, in what is disguised as creativity and versatility.
Man lives for a purpose – to make his life better, to impact others and to serve his creator. But the artiste tells us a successful life is all about having money, getting drunk and making love at the back of a Rolls Royce.  Meanwhile, music is supposed to edify, inspire, heal, educate or entertain at least. As told in the Bible, David sang to cast out demons. But for some of these artistes, their music makes them an outcast or a demon or both.
If these personalities are carriers of influence, then why should we sustain their careers when they are miscarrying our values in broad day light?
The BBC began to heavily enforce censorship in the 1960’s. When the Beatles began experimenting with drugs and showing it in their lyrics, the British Broadcasting Corporation was quick to react to it and banned plenty of songs. Even Lady Gaga’s nightclub hit, ‘Love Game’ was banned on radio for its heavily suggested themes – especially the infamous line, “I want to take a ride on your disco stick”.
Culture and music flow together. Plus we look up to these folks and wire our lives around theirs. Inadvertently we find ourselves imitating their ways of lives. We had our way of speaking the queen’s language, a decent way of dressing and dancing until the musician started writing the laws all over again. 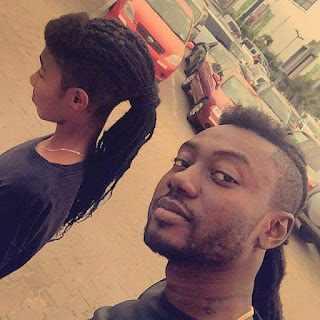 In this universe, effect follows cause. I’ve complained about it but, it looks too late to salvage the damage. It’s like a multisystem organ damage, and we are already running out of organs to fail.
Nowadays the artistes are their own producers, directors and promoters. So players like E.L, Lil Shaker, Richie, Ephraim, Charles Nii Armah and Nacy only need a microphone, mixer, keyboard and a booth to change our lives and transform the country. They don’t even account to the people at the end of the day. They run the show without any scrutiny or control whatsoever. Now, just imagine ‘The Maker’ becoming the law maker.
Putting our song writers and artistes on their toes and keeping the charlatans unheard will be our best shot. We should frown on songs that talk about what is inside a woman’s clothes or what happens inside another person’s closet. Blanking, beeping, re-sampling, skipping, distorting, disc-scratching or refusing to download are censorship tools that can be used on radio for songs flagged inappropriate.