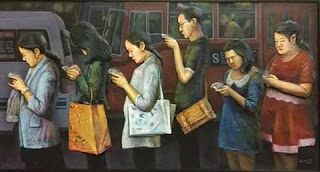 Did you know the average person spends four years of his life staring at a cell phone? In this century we literally spend almost all our time with devices and we end up sleeping on social media.

Whatsapp, Facebook, Google+, Twitter, Instagram, SnapChat are probably a way of life for you and I. We have been baited by their deceit to connect us with people. It was rather the other way round.
Facebook’s Mission statement reads, ‘To give people the power to share and make the world more open and connected’. However, that is a mirage. Maybe Mark Zuckerberg should rather classify his platform as an antisocial network because his social media gives us a false sense of connection.
We focus so much of our time and psychic energy on the less meaningful relationships such that the most important acquaintances are weakened. The way people communicate and socialise now have been revolutionised by these platforms.
They claim to connect us. But connection isn’t getting any better. Partners are more likely to post their issues on Facebook instead of discussing their matters using the appropriate means. They will mould their private issues into a version their social circles would approve of.
We yearn to amass tall friend lists on social media, but we remain friendless all along with nobody to talk to, in reality.
We are excited about our worth on the virtual world – dying hard for LIKES on the things we share on there. We don’t appreciate the real people who love us in real life, but we rather make ourselves available for friends who live in cyberspace.
Albert Einstein said, ‘I fear a day that technology will surpass our human interaction. The world will only have a generation of idiots’. What we have now have confirmed his fears. 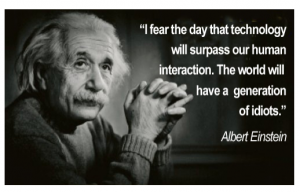 Even outdoors, in the company of others, people seem unable to detach themselves from this electronic fifth limb. We prefer online chats to meeting our loved ones face-to-face. Ask, ‘when am I seeing you?’ and you she replies, ‘What time do you wanna Skype?’ We have transformed healthy conversations to the use of ‘omg’, ‘srs’, ‘smh’, ‘lol’ and what have you? It’s a generation of abbreviations!
A survey by a digital marketing firm found that the average person with a smartphones uses it more than 200 times a day! We have been blinded to the world around us.
Touch screen can really make us lose touch. It’s a world filled with I’s. iMacs, iPads and iPhones. Our lives have now been self-centred. We spend all day giving to the world images of ourselves. It has now been all about us. So selfies are the order of the day. Too much of yourself and little about the person next door.
Selfies and Selfishness! 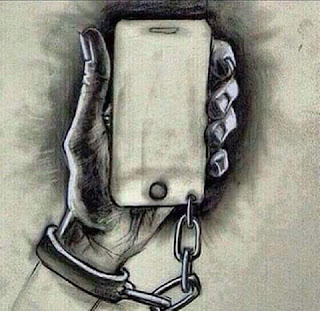 One of the main reasons we use social media is for self-distraction and boredom relief.  After studies on a related subject, Dr. Cecile Andraessen at the University of Bergen, Norway remarks, ‘You spend a lot of time thinking about Facebook and planning how to use it and you use Facebook to forget about personal problems. This comes to replace the era when we would rather engage in group discussions, house-to-house visitations, family reunions and all those healthy moments.
I have a huge following on Twitter, I have met about 1% in reality. The remaining 99 is virtual. I find myself spending all my day feeding them with quotes, jokes and all sorts of tweets they don’t even relate to. If you are active on social media, you will attest to the tremendous impact it has on our social lives.
Social media has come to stay. We don’t kill this canker by autocorrect. We have a choice and we need to be in control by making a decision. The digital insanity must not imprison us.
It should be a world where we smile when we have low batteries that will mean we will have one bar closer to humanity. Hands were made before fork, in the same way social media met us – and the people around us. So cut the crap, and put that cell phone away when a person needs your attention.