The Difference Between Otabil’s Political Talk and Your Partisan Understanding

There’s a thin line between clergy and politics. It’s very slim – so much that a person can slip between both ends if he/she does no tread cautiously.
In a polarised state such as Ghana, a religious leader like Otabil will have his cassock taken off and then donned in a certain party’s colours, in his attempt to cause a revolution that may somewhat not be palatable for one sect. His endeavour to challenge the masses and infuse into them a sense of action is met with hostility. The words, “Men of God should be neutral” are spat into his face and his inspirations pushed down the drain.
The average Ghanaian is satisfied with an android phone and some free internet bundle. Only when they are denied these meagre benefits that you find them chanting war, whiles our quality of life remain unimproved. Let’s sing our national anthem:
He that is down needs fear no fall
He that is low no pride;
He that is humble ever shall have God to be his guide
I am content with what I have
Little be it or much
And, Lord contentment still I crave
Because that saveth much
“We can’t just be happy because a road has been tarred. We can’t just be happy we have electricity. We can’t be happy with minimals”, Pastor Mensah Otabil, International Central Gospel Church had been quoted among other related statements.
He was admonishing entrepreneurs to take hold of critical aspects of our developments and not throw it at the feet of politicians. “We have to get to the point where it is not the state running the country. It is the people running our country. It is entrepreneurs…the state should get out of hospitals and out of school”
Let’s make progress with a caution to those NDC and NPP fanatics that this message is not meant for you. It is made for the citizens to insist that power be decentralised in every measure. It is meant for the masses to demand for the right policies to be implemented and the right structures be instituted.
It is unfortunate that people can’t resist the temptation of politicising this statement, and party enthusiasts from both sides will misconstrue this to their political advantage. Political activists are running around with that outburst and throwing tantrums at one another. How badly the ruling party feels victimised by this pronouncement, and putting up a combination of defensive and apprehensive tactics even amazes the devil!
Otabil’s statement on the entrepreneurial aspects of the economy is not far-fetched. The obviously successful figure merely holds a capitalist’s view on Ghana’s economic arrangements that, the state should be left in the hands of business interest seekers right from the provision of essential basic life supporting amenities such as water, electricity; and this is not a warrant for whining!
Well, the government can’t hijack almost every opportunity created from and by the people. Government must rather act as an enabler to facilitate businesses to interact with actors of the economic market. It become fraudulent, corrupt and very likely to lose focus on the quality of life of the people if it runs a monologue show. A sole socialist economy does not allow room for private business to fully explore the opportunities and build a competitive stage.
If there’s any competition at all, it is to the advantage of a selected few cronies, whiles the people continue to wallow in joblessness and hustle.
And because ‘government has no appreciation for the money that comes to them because they didn’t generate it’, they become like a parent who takes care of his son with salary not earned by himself, but the poor child. The fully grown adult lies under a shade all day, asleep whiles the underage moves in between vehicles to sell to make money for their upkeep. It is very much likely the father will mismanage the hard-earned fund because he has no idea how the boy almost always gets knocked down by a car. 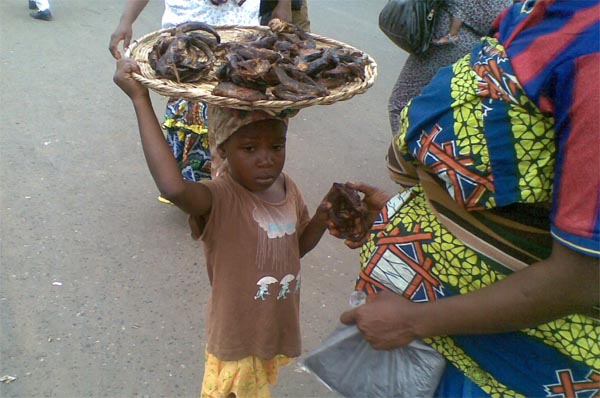 Otherwise the father must have the value of appreciation and respect to make a difference. But in this case, we can’t trust our own fathers. Our decision? Our decision is to make the most of the street hawking whiles exploring bigger and better opportunities – this is what Otabil is saying, folks!
Should we be happy when our parents take us to school to be educated? NO! I am rather happy when I am given not just education, but one that presents opportunities for a better future. Providing education is my right as an individual, and it behoves on my parents as my bearers to do just that.

However it comes as a privilege worth celebrating and appreciating when I am given quality education. “Citizens must have appetite for better”! Otabil says we should yearn for the better and rise about the ordinariness. We need not compromise on standards.
If care is not taken a teacher could be sued for remarking on a student’s report card, ‘There’s more room for improvement’. The way some people are overacting to this matter gives me this fear.
What Otabil sought to say in simple, clear terms is that we should live above the mediocrity. He only rallied the good people of Ghana to live up to our independence status and resist the temptation to be content with supplies of minimal goods and services such as roads, and utilities. Getting satisfied with the crumps is the choice of beggars and paupers. We should demand excellence. We should demand better accountability. We should create your own opportunities! Make things happen for yourself! The government is us! I agree with him intoto.
If we should be content with roads and water, then we would have a lot of contentment to do, because even SRC Presidents are tarring roads to their campuses with SRC dues.
He wasn’t speaking to a political party or targeting a particular niche of people; he was speaking to the conscience of Ghanaians.  If we don’t discard the interpretations of such inspiring admonitions with political lenses, we will be deaf to the call to rise above ourselves. I hope we overcome this temptation and stick to the common sense in this, that as a people and nation other countries are way ahead of us so we should not be content with such a milestone but envision to go beyond that.
In Charles Dickens’ story of Oliver Twist, the poor orphan rose from his table during a mealtime, advanced to his master with bowl and spoon in hand; somewhat alarmed at his own temerity and asked, “Please sir, I want some more”.
The fat wicked master aimed a blow at Oliver’s head with a ladle. And when his request for more food reached the board, it stirred them up just the way our politicians and their crusaders are reacting to Otabil’s call.
The last straw that breaks the camel’s back is a reason for which we couldn’t agree more with Pastor Otabil. Even the President whose loyalists feel he has been ripped with an uppercut also agrees. 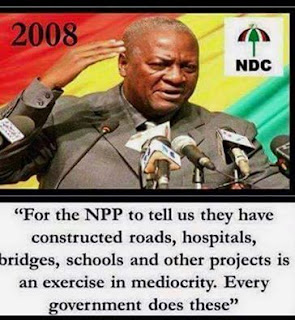 ‘For the NPP to tell us they have constructed roads, hospitals, bridges, schools and other projects is an exercise of mediocrity’. So it can be said conclusively that the Pastor was only paraphrasing what the President said eight years ago. We don’t have short memories!

Need I draw a distinction between Otabil’s comment and your partisan understanding? It’s needless – after all he wasn’t referring to your party anyway. But if you think the cap fits, wear it!