The song comes to life with the rhythmic strike of a frikyiwaa accompanied by the sound of rattles slammed against both hands. The beat of a traditional snare meets up in harmonious  compensation together with melodies from an electric organ.
Then the perfectly timed metal dings continue to make a  bedrock for several other musical instruments. There’s a blast of a trumpet, the whistle of a piccolo, the strike of a dondo; cocktailed into the already head-knocking beat. Still, the high-pitched metallic sounds continue in three quick successions followed by a delayed one to make one cycle.
The listener does not need a musicology specialty to know it is an adowa rhythm.  With the sound of a lead guitar plus maracas and jazz drums, we now enjoy a touch of contemporary highlife flavor.
I am talking about the gospel song ‘Mmrane Se Wo’, written, composed and sang by Oheneba Clement, one of Ghana’s most promising players in the show business.
We may not know Davine Rythmz, the producer of this beat. He may not have engineered songs popular enough to get himself into the good books, but honestly his architecture on this song was a yeoman’s job. The folklore instrumentation is made heavy. It is tempting enough to make you want to dance – at least striking a clenched fist against your palm in a metrical fashion and tossing your head here and there; whiles screaming “Na ɛkɔ, na ɛba!”
The instrumentation appears like a live performance, bringing to mind the thrill we get from listening to Patch Bay; or probably the Ohia Bɛyɛ Ya Band.  The programming by the sound engineer on this piece is both generic and branded.
This song is one of the top records on the debut official album ‘Morning Star’. Released in October, 2015 it has been responsible for putting the artiste on the map as a result of its commercial viability too.
‘Mmrane Se Wo’ is sang in typical Akan dialect; specially Asante Twi in a way that brings out a true African ingenuity. Oheneba’s diction is uncommon, in that he crafts the lyrics like an octogenarian. The phrase ‘Mmrane Se Wo ‘ is translated as ‘the attributes befit you’. It therefore renders the song a work of divine appellation, basically. The art of appellation is employed in African royal settings to both exalt and dignify persons or objects of high repute. They are rich in complex literature.
For instance, the first statement of his initial verse is an alliteration (the occurrence of the same letter or sound at the beginning of adjacent or closely connected words). He says, “Sɛ krakyi katakrakyi Kaakyirekyire Nyame…”. The letter ‘K’ is alliterated here. One requires a good control over the language in order to succeed at a thing like this.
Ohene eee aseda sɛ wo
Ohene ee ayeyi sɛ wo
Daa Agya Onyame
Agya wo mmrane nwom ni
The singer’s voice on the refrain is soft, and the singing is done effortlessly. It is braced with one female voice that compensates well enough to sound like that of a crowd. When you listen to the chorus, you are tempted to join, and after one or two attempts you find yourself singing alone in perfection. This too, is addictive.
He is at a point heard saying, “Sɛ nea wokyerɛ me no, mɛyɛ no saa daa. Me de w’aseda bɛfra mmrane mu ama wo”; meaning “I shall do it as you command. I will give you a mix of praises and attributes”.
And apparently, this folk music is stuffed with so many attributes. Whiles some are complex, a few of them are familiar enough to relate to. Listening to this song makes you ponder over the awesomeness of God. It is because the song typifies as such in several ways.
He venerates God and summaries His supremacy in words such ‘Krabɛhwɛ’ ‘Kasaprim’, ‘Okokroko’, ‘Katakyie’, ‘Kuntunkurunku’, ‘Kontonkori’, ‘Ofirikiyfiriakyire’, ‘Obuadaban’, ‘Otumfour’, ‘Otimatim’, ‘Simprim’. It is a reflection of the finesse possessed by the song writer.
Obviously the artiste has made a lot of investment in this record. It is evident in the content creation, arrangement, vocal delivery, not forgetting the top-of-the-range video to match.
Oheneba Clement is signed onto the MT Productions, and is also the voice behind other popular songs such as “Nea Wode Mabedru Nie”. 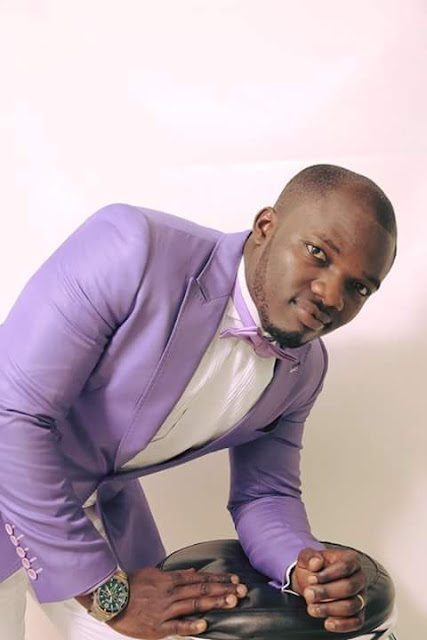