No Light at the End of the Tunnel

We all need signs of improvement in any state, with expectations of hope that circumstances will improve after weathering the difficult situations. There usually is light at the ends of a tunnel; meaning for every toil there is corresponding hope for a better future.
57 years down the line, Ghana had started a journey of a thousand miles. We had juggled through thick and thin. We have manoeuvred through unfavourable times, expecting that someday something heart-warming awaits us at the end of the dark tunnel.
We heard there was hope, we kind of saw it. We entrusted the train into the hands of some people. And just when we thought it will get better, it all got dark again!
So who took away the lights?

The unreliable erratic, irregular, power supply leaves us not only devastated, but exasperated. On the average, every home now receives only six hours of power supply daily.  Nowadays, having your lights on has become like a bizarre astronomical event. It comes once in a blue moon. The menace is having a toll on industry and domestic consumers. Companies are losing revenue and laying off workers. Yet, we have thermal plants sitting idle in Tema and Tarkoradi, all because government does not have money to buy crude oil.
The icing on the cake it that the Volta River Authority and  the Electricity Company of Ghana have confirmed that Ghanaians should embrace themselves for more power outages, as there is no end in sight for the power crisis. Mr. Samuel Fletcher, Public relations Officer says on Adom FM, ‘We cannot give specific timelines on dumsor, and we don’t know when it would end’.

Fuel prices can mount up their wings like eagles, water tariffs can shoot up like bazookas, graduates can remain unemployed for as long as they will, our leaders can continue to be corrupt; the worst we will do is to fume and nag. The best we can do is to wait for the year of reckoning – 2016. But supplying us 12 hours of power and shutting it for 24 hours is a development will not take lightly. No!
Such a cycle cannot exist, because electricity is life.  Somewhere in a hospital, a pre-term baby is surviving on an incubator. A barber makes a living when his clippers get powered. So ECG, refusing us what we pay for is the most dreaded thing that ever happened to us in this country.  Denying us that right amounts to personal inconvenience which robs us of the few amenities we are enjoying.
Recently, a seven-month old baby was burnt to death following a power surge at Kasoa. A 27-year old teacher also died last year after an explosion caused her TV to catch fire, killing her in the process. We are also here complaining instead of concentrating on our books and jobs. Workers now sit idle at their workplaces because computers are off. So now, isn’t it obvious why Ghana is recording high rates of productivity?! 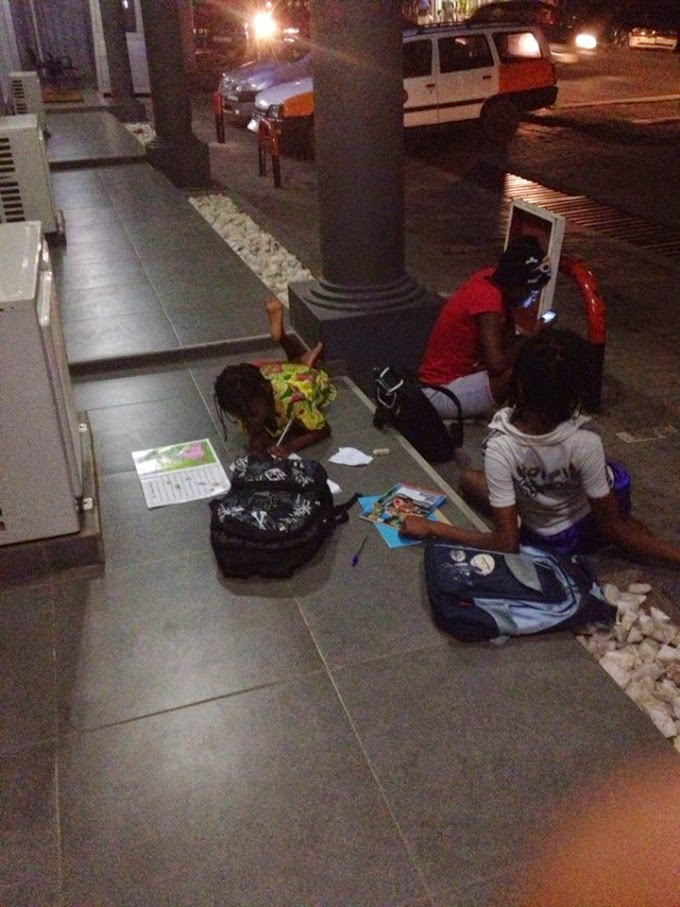 Dumsor is darkness, dumsor is desperation, dumsor is despair, dumsor is destruction, dumsor is distraction, dumsor is despondency and there is too much of it in the Dramani government. The above statement is an assonance, not politics. Ask any Literature student.
Six years in power, and we are now looking for a way out. It’s been four years in the crisis, all we have been exposed to, is a plethora of empty promises. We now have to contend with load management schedule due to a 500-Megawatt production deficit.
A cold, objective, clinical analysis reveals that the problem is not the irregular gas supply from West African Gas Pipeline (WAGPco). Neither is it the poor inflows into the hydro dam. We can’t blame the collapse of ‘cold store’ businesses on the erratic fuel supply from Nigeria. The non-availability of generating units isn’t the reason for our people wearing creased shirts to work.
You know what the problem is?
Irregular and erratic supply of practical solutions from the minds of our educated leaders, lack of technical minds, lack of foresight from the seeming visionless leaders and too much outflow of promises from them.  This is not a political swipe at the government. These are harmless verities we need to point out.
Did we see this disaster befalling us? Was there a blueprint to salvage the adversity? Is there a current sketch on the drawing board to give us uninterrupted power supply?

Too much chastisement! Come on folks, the problem isn’t as bad as we think it is. The President says there’s hope. Bohyeba JDM says there will be production of the about 300 million standard cubic feet of gas to feed the production plants. But not so soon – it is expected to materialise somewhere in 2016. Of course, projects like this are best done during the election year.
Additionally, Ghana is yet to sign a $1 billion deal with US energy firm, General Electric for the production of 1,000 Megawatts to enhance the production of power supply.
In an attempt to appease Ghanaians, he also sent the Managing Director of ECG packing.
And Presido says he has prayed about the power outages. You have soon forgotten? Indeed, Ghanaians have short memories.
And the Minister of Power, Dr. Kwabena Donkor is optimistic as well. He can beat his chest and assure you he’s working around the clock. Even the last time, he issued a six-month ultimatum to the management of VRA and the Takoradi International Company to salvage the situation.
Good progress! Shall we give them a round of applause? Let’s drink some JD bitters to that.

You are not seeing all the good attempts? Maybe because ECG has kept us in darkness for long. So let’s keep calm. Things shall get better. Now, let’s settle down! Settle down!
Point is we are not seeing enough commitment. The government is not achieving results. Nothing is getting better. The light at the end of the tunnel is dimming out.
See, footballers can make all the brags; do all the dribbles and juggles; sign all the enviable contracts, shoot all the skilful banana-kicks, run back and forth on the pitch; but what we want to see at the end of the day is a goal. And nobody cares where the referee chooses to be in the course of the match. What is of concern to us is that he detects the fouls and prescribes the right sanctions. Period!
Like it is being said, press confabs are not a solution to dumsor. Talk is cheap! So before you start counting your blessings and further making more promises, please note that we are result-oriented. Let the lights at the end justify the means.
But come to think of it…sometimes the light at the end of the tunnel is a freight train heading to run you over! That possibly is what the Minister of Power is escaping by suggesting a resignation. So you see, our leaders always find a way out of the harm they cause, leaving us to our fate.
It is time for pragmatism, it is time for practicality and is time for…oh!
The lights just went out! 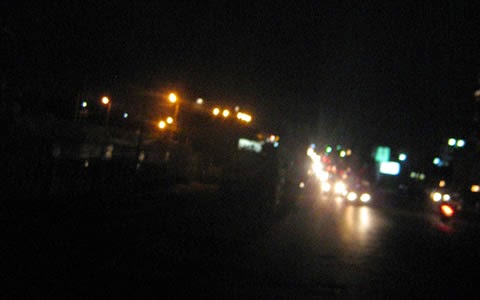