How The Man of God is Becoming The God of Man 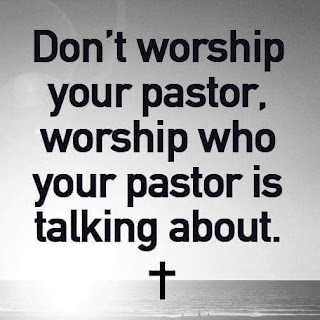 DISCLAIMER:
Our attention has been drawn to an inexplicable situation happening down on earth that dents the hard-earned reputation of the Heavens and further treats the Trinity with contempt. We have also observed with so much disdain how some unfamiliar persons are without our authority performing miracles in the name of God.
Our outfit has in the same vain, received calls bemoaning the Heavens to call to order these lions in sheep clothing who are giving the Almighty a run for His supremacy.
We are by this release entreating all well-meaning people of this kingdom and the world at large to disregard and treat as quack the following list of false prophets:
Yours Omnipotently,
Rabi
Some people are waiting for a disclaimer like this from Jesus Christ discrediting the obvious buffoonery of some prophets and dissociating Himself from the disgrace before they wake up from being scammed with bottles of oil, stickers and some ‘holy’ water.
Today’s worshiper isn’t any different from a drowning man who will clutch at a straw to catch a breath of air for survival. The average Christian can be likened to a terminally-ill patient who hops from one clinic to another, to a herbalist and then sent to an oncologist who refers him to an immunologist, who then sends him to some other kind of ologist.
And then there’s a purported God’s earthly representative who seizes the opportunity. He is like a doctor who cures the patient’s illness with an intervention that absolutely cannot be explained by medical science. So he thinks himself a God.
Our extremely hyper-itchy ears eager to hear prophesies have flown us around like drones on a photoshoot. And when we find the image of the prophet, we zoom in with all our heart and minds and take multiple pictures of his person, whiles we blur the areas of deceit around him. 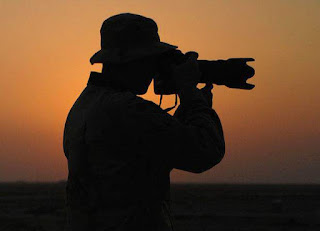 Today’s Christian favours the less invasive approaches. We are just a true picture of the current generation. We prefer rice that cooks in thirty seconds, junk foods, news in brief and the pastor who does it instantly.
The current state of the kingdom business has become overly bizarre resulting from our overdependence on the Prophets for answers. What we have on our hands now is the challenge of mistaking these men for objects of worship.
Talking about sensitive matters like this makes you combative or fussy or a combination of both. It’s like sitting next to a woman who’s carrying an ugly baby. You know the baby isn’t good looking, mother knows it, everybody does, but you don’t talk about it – you just can’t help but supress the uncontrollable feeling to giggle. Worst case is, the baby’s awful sight could be sickening, but you can’t talk about it. Why? Because society has misconstrued the Bible’s philosophy of ‘touch not my anointed’. 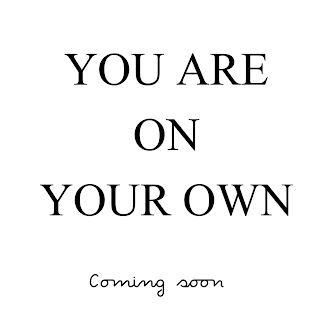 It is either we have been brainwashed with the fear of the unassailability of these confidence tricksters or that we are notoriously too religious and can’t see through their treachery.

It’s quite dicey dealing with the man behind the pulpit. The challenge further lies in drawing a clear distinction between who’s called by God and who’s not. So setting out to do criticism on prophets and pastors could turn bizarre. One is at risk of lumping in some good folks with the charlatans.
As it is with the God and gods we worship, we can’t complain about our newly found deities. We are barred from exposing their ill. They are untouchable. They do no wrong. If there’s a blame to apportion, the accusing fingers should point to the Christian community for living in abject ignorance and overdependence.


The Pharisees, Sadducees and the Scribes who Jesus warned us against have not left the scene! They took off their white cassock and put on their ego of superiority. The black fringes that hung over their shoulders were replaced with the thirst for fame, money and power.
They threw away the handy scrolls and grabbed microphones pitched high enough to blast the eardrum. Then they shaved off their beards, and put upon themselves authoritative titles and came in different forms. Those who metamorphosed further became angels! 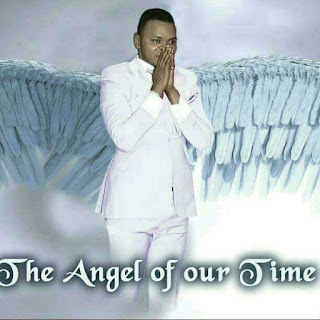 Then they overthrew Christ and took his place to be worshiped and served. Christ is now missing from the church. He’s gradually getting replaced by the false prophets who want to be worshipped as gods. So the order of the day is that they seek extra-divine powers to rule the church, the way they want.  And their righteousness became self-righteousness!
They tell the congregation the tales they came to hear. They prophesy that their lives would turn around if they turned against their mothers who have a hand in their miseries. They took their wealth and stole their worth. The prophet hops onto the opportunities in our struggles and rides into fame, glory, prosperity and authority.
I call the Man of God ‘Papa’, a symbolism of his fatherly responsibility, a reminder of his ordained role as my shepherd. But what he thinks of me is a regular supplier of his daily bread. In the midst of my tragedy, he extorts and siphons me dry.
These gods must be crazy!
These gods must be crazy for taking us for granted and practising sorcery to deceive the people. Indeed these false prophets are a big snake eating the flock of God. But we refuse to laugh at their jokes because these self-made flamboyants are blasphemously ridiculing the name of Jesus. We wake up to such shamefully shameful shame and quickly recoil into our shells with disgust.
We have seen a certain Pastor chew bubble gum and then offer it to a congregant. We have seen him kick the belly of a pregnant woman in an attempt to ‘bless’ the seed of her womb. We have seen him torture a barren woman in order to make her fertile. We have seen him visit the world of the dead to retrieve confiscated papers. We have heard his stories of changing into animals. We have seen him call himself, ‘Angel’.
But what we never saw was his sermon to draw us closer to God.
What we are seeing is false prophets making merchandise on behalf of the God. What we are seeing is a God being played with. You see how I’m struggling to differentiate between the two ‘Gods’ now? Two sheep are certainly overlocking horns. One of the two ‘Gods’ must be crazy! And it certainly isn’t God. 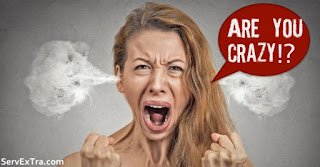 No one is perfect of himself, but religious practitioners as such go too far and leave us bowing in shame. But the Christian community cannot pretend we aren’t seeing what’s happening. They are doing more damage to Christianity than what the most committed atheists could do.
It should be sounded loud and clear that the church doesn’t exist for their whims. The Christ business isn’t like a haircut or a seeming meaningless tattoo. This is the seed of God purpose being sown by Christ on earth. These gods must be crazy!
Anytime we get the sudden rush of adrenaline and the surge of warm blood to fight such impostors, it dawns on us that all these happening as a spiritual prophesy to fulfil the scriptures. We only shake our heads and walk off in frustration.
So what do we do with the springing of these nauseating, self-styled pastors? Any ideas? Yes! We will take our attention off their tactics and focus on a sand timer.
We will then muse on the words of Ola Rotimi: All lizards lie prostrate. How can a man tell which lizard suffers from bellyache? In time, the pain will make of them lie flat on its back, then shall that which has been unknown be made known.