Ghana’s Independence of Dependency; Our Self -Reliance in Perspective

Since the wave of de-colonisation and political independence half a century ago, the narratives about Africa and its people including Ghana have hardly changed. We continue to thrive in a system of abject addiction to externalities with little or no value for the things that give us exclusivity.

When our forefathers toiled to gain freedom for our country, they envisaged a nation of growth, development and survivals. They meant putting together a state that stands on its own. They entertained the belief that their struggles will go a long way to place the hand of the Ghanaian on his chest so he can beat in pride.

Kwame Nkrumah in the words, “the black man is capable of managing his own affairs” dreamt that the black man will continue to dominate the circles within which he lives and take his destiny into his own hands.
But these attributes have gradually eluded us as a people.

Although we have come a long way since independence in terms of development, many facets of the national life have seen a setback. We could have been better at age 59 years, as an independent sovereign state but we cannot boast of having been fully weaned off the feeds of foreign countries.

There have been excessive continuance of dependency, with Heads of State and government officials seeking grants, donations and loans that attract absurd terms and conditions. Lends from the International Monetary Fund (IMF) and the World Bank add up to abnormally huge figures that keep crippling the economy from one term to another.

Even within our own spheres, we have been denied the independence and freedom to explore the ‘goodness’ that fills the land. A country that is endowed with gold, diamond, manganese, iron ore, timber, oil, clay, cash crops and what have you is thronged in an economic state of its people living on less than $3 a day – averagely. ‘In the abundance of water, the fool is thirsty’.

Ghanaians are treated worse than slaves by our own leaders who have assumed the role of gerents. They are the neo-colonialist molesters who have taken up the callous molestation, from where the slave traders left off.

Having convinced our colonial masters of our ability to manage our own affairs, it is improper to go about borrowing – cup in hand.
But in our part of the world, mismanagement, bad leadership, abuse of power, corruption coupled our negative attitudes have denied us the independence of dependency. How far we have advanced in age makes no match with the quality of life of the masses. We cannot say with certainty that this hope entrusted to us at independence has been well guided, cherished, managed and sustained today.

A supposed pride and dignity in our much valued independence and indigen, which should be established on culture and tradition has been rubbished and thrown to the dogs.

We have evoked the fanciful ideas of a western world.
We import virtually everything we eat and use. Our taste for foreign good and governments’ consequent dire need to import more have sent our local industries crushing.

Even the Parliament of Ghana has preference for China-made seats, even though we can boast of the handiworks of our local artisans. Having over 250 dialects, the country rather prefers to adopt English as the official language.

It is either our acclaimed self-reliance is non-existent or that it is benefiting only a few privileged or that we are buried in a canker of the two. The former is as true as the latter, in that officials cheat, spume and mismanage funds with impunity.

Self-reliance means to make one’s own way, to do one’s own work, to be independent, to take care of oneself and to better one’s self by one’s own effort and resources. Self-reliant people start from the bottom and work their way up. They improve their status without outside help.

It is clear from the forgoing that, coming as far as 59 years; donned in the clothing of an autonomous country, we have not risen to the occasion to live on our own.

The quest and hope to making our country as much self-sufficient as possible as it can be, draws life from our individual will to live self-fulfilling lives that are not tied to the strings of others. It is when we nurture the desire to make the most of our personal lives that we would be able to collectively, effectively champion the campaign to make Ghana stand on its own.

This article was first first featured in the March edition of the newsletter from  2eweboys.com  Click here to download 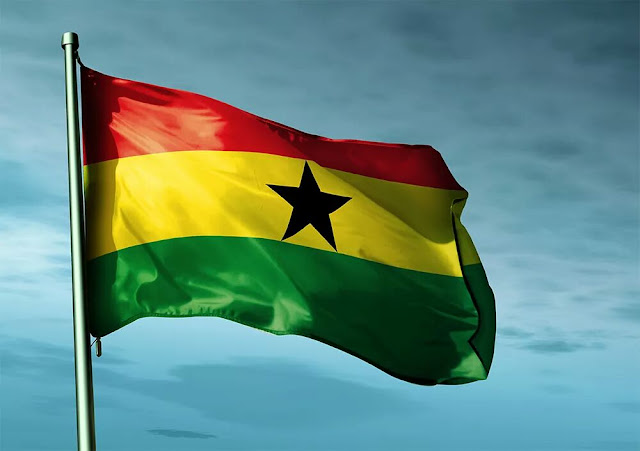