Eno, a Force to Reckon with in Ghana’s Rap Music

Centuries ago, a good leader was one who fights and sheds blood to save his people. But nowadays, a good leader is one who tells the people that their lives will get better. With time, we have revised our definition for quality, so badly that our taste for what is rather worthwhile is obviously impaired.
The system is screwed. Our attention is being shifted to a particular direction where the storm blows anything into our face repeatedly till we acclimatize and fall in love blindly. Yet, the most expensive treasured gems remain untapped.
We will go straight to the point – no formats! 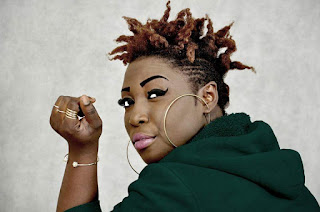 The revelation that great musicians like Eno are not yet at the top comes to us as a rude shock, like a surcharge at a formerly surcharge-free ATM machine. Finding herself in a genre where monopoly abides, Eno would have remained unsung but for her astute fineness and finesse. How come she had been doing music for past 4 years without being celebrated now is as surprising as why Obrafour has not landed himself a VGMA ‘Best Rapper’ nomination for donkey years! I think this game of showbiz is rigged!
Without an official album, yet teasing us with about 15 songs since 2012, we will turn up the volume to any song introduced with her ‘YaSwagMaRag’ signature. Eno’s ability to excite is indescribable. An attempt to qualify it ends you with countless list of words to choose from – like chest pains – throbbing, burning, stabbing, tearing and the list goes on.
Her very first single entitled ‘Pull Me Out’ really did pull her out. Like a strand of grass never strains to grow, so did she not struggle to be seen. And we loved her at first sight, till now. She possesses this unfathomable aura of charm around her lyrical delivery. You listen to her rap and wonder how she does it so well.
In the 2014 edition of the VGMA, the maiden Unsung Artiste category featured Eno together with other big heads. That was her claim to fame in the first of its kind. And then came her recognition at Viasat1’s JIGWE Awards plus the ‘Best Hiphop Video’ nomination 4SyteTV Music Video Awards in 2015. 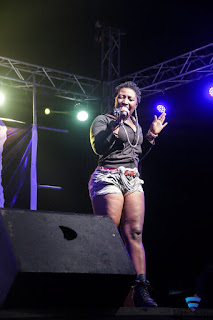 The thing about Eno is that, we can on any day bet our last dime on her without double-check. Check the records on this year’s Ghana DJ Awards, the VGMA Nomination Jam, and Ghana Music Week. Patrons of big gigs such as Tigo Unplugged, Tema Fest, Old School Reunion and many other shows will attest to how well she thrills her audience.
It is not for want of scoring points to say that Eno Serwaah has been that one person who rose to the occasion and saved a limping women’s league of Ghana’s rap music. The struggle to sustain the women-in-rap business hasn’t been quite successful in the past years. Over a decade ago, Abrewa Nana dominated the scenes together with the likes of Princess Cynthia, Ewura Esi, L.A, Ras Nigga, Triple M, Mzbel. Then came Eazzy, Itz Tiffany who have had to switch to other less competitive genres after having a chase from thousands of intimidating boys. If you have been a victim of rape, you will understand how frightening it feels to be sandwiched among a gang of men.
Who even cared about what a female artiste had to offer in the genre of rap?  We gave women a pass when we wanted to listen to gospel, Afropop, Highlife or R&B. The farthest any of them could go was Dancehall.  We barely heard a feminine voice do rap music until a certain Ashaiman heavyweight shot up from the camp of YaSwagMaRag. 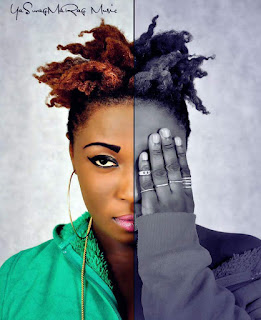 In the heat of the trend of Joey B’s Tonga song came a refix to keep the climax at a crescendo. Eno sprang up in what seemed like a salvage of the monotony by some hijackers. We never saw it coming. She did what women hardly do in our part of the world – standing up to men! Check out how she chuckles and kicks off her first refix with the phrase, ‘Boy wei paa!’ to register her fearlessness of intimidation.
Her valour was as not only evident in the attempt to reply Joey and Sarkodie. It was dominating in the lyrics too – retorting and responding to every single statement made by the original makers of the song. Who does that?
Capitalizing on her ability to rub shoulders with the men, she jabbed once again on Shatta Wale’s ‘M3gye Wo Girl’. Disc jockeys did not need ‘Seratology’ to play her refix back-to-back against the original versions. It was just lovely to hear them skilfully mix her punchlines with that of Sarkodie, Joey B and Shatta Wale.
Music, just like other disciplines of the arts can be done in tactics. What Eno says is technically equivalent to what a craftsman does. What you see is actually not what you get!  There’s always a hidden message. From an artistic point of view, I find her Tonga refix and other songs more metaphorical than they merely appear. The rapper cunningly registers her standing and the status quo of her act.
You see, Eno has been playing on our conscience for long and wittily tickling our senses. With her feminine ability to lure, I feel she’s teased us well enough to yearn for her. If she’s not up to getting us into an escapade I wonder what else we could call it. Flirting, maybe. And if that is anything to go by, we can say she’s made us fall in love with her…musically, I mean. I think I pushed that metaphor too far.
Come on, folks – not to sound so feminist; but there’s no such a big turn-on as seeing a woman make love to a beat with lyrics so authoritative. It’s impossible to take in all of her complexities at one hearing, so you will have to listen again, and again, and again…and then suddenly, you are singing along word for word.
Take for instance, her collaboration with Togo’s Best Rapper, Mic Flammez on their song entitled ‘The Best’ which was released in mid-2015. That song was a head-on collision!  Ghana’s rap goddess opened her first verse with:
“I was stolen from the dark into the light
Underground ɛnntumi ankura me, I flew up like a kite
It was all a dream but I was ready for the fight”
Let’s just resist the urge to digest that song and leave it for a later date. 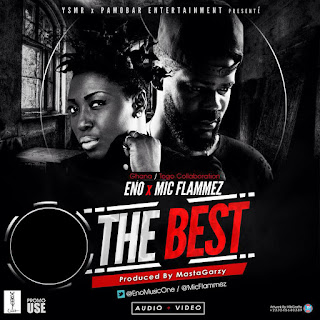 If only we could regard the execution of talents as achievements, then we now have on our hands a figure to draw similitude from. Otherwise heroes like this, who impact so heavily on the creative arts, tourism, international relations and the economy at large would remain unacknowledged forever.
If there’s anything we have relegated to the background, it is the raw, yet charming talents possessed by idols like Eno. The spotlights have dimmed. The call for attention for female rappers has been treated like… well it never got treated. Industry players never saw the need to hear the cries.
How do we motivate our female rappers when we can’t let them have a girls’ play? How much harm will be caused if we have a ‘Best Female Rapper’ award that will go a long way to motivate our women? If “what is good for the goose is good for the gander” is an axiom to go by, let’s treat the rap category the same way we treat the ‘Best Vocalist’ category of the Ghana Music Awards. This is not too much to ask for, if the development of the arts means a lot to us.
What Eno does as a rapper meets the eye and you can’t predict what she has to say to fill the next bars. A time is coming when she will have the Midas’ touch. I mean, she would hop onto any beat and it will blow up and we will always love it. Anything! If hard work really pays, a time is coming when mothers will use Ruth Nana Eno Serwaa as case study to cast insinuations at their daughters. “Eno is out there making hits after hits and you are there wasting your time hoping from men to men”, they will say. 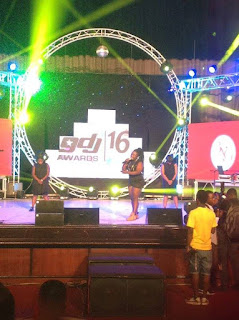 As is characteristic of all those truly called to the art, I fear the only time we will honour her with adequate wood and plastic is when she’s long gone. Sometimes, I wish Eno was a bit more outspoken than she is, because if she had the show off like some other artist who just came to your mind, would we not boycott shows that do not feature her? Would we not rant and noise her name into the ears of award show organizers? Would we not spam social media with her songs? Would her songs not find space on our playlists?
Well, it is about time we put talents over hype and push real emcees to the top. As for Eno, we can vouch for her without a shred of doubt. She even assures us in her first song, saying “As far as rap is concerned, I’ve got the best grade”