Dear Duncan-Williams, There’s No Competition In The Church

Competition is rivalry for supremacy. It is an attempt to be more successful or better than somebody who is trying to do same as you. The ultimate victory in competition is derived from an inner satisfaction of knowing that you have done your best and that you have gotten the most out of what you had to give.

Evidently, opposition is a good thing that forces us to do our best. Monopoly renders people complacent and satisfied with mediocrity, immaturely.
I wish I could relate the above philosophy to the Church, but my argument will lack substance. Why? Antagonism unquestionably has no place in the body of Christ, irrespective of how healthy one views it. It is unnecessary! A kingdom divided against itself will collapse (Mark 3:24)
Therefore I am left in bewildered enigma to muse on what Archbishop Nicholas Duncan-Williams has complained about. The preacher has bemoaned that some pastors he nurtured and mentored are not only competing him, but also scattering his hard-earned followers. He goes further to cry, ‘But if the motive is to outshine me, to overtake me, beware…I detest sons who want to outshine me and compete with me. I see you as a Luciferian. Just a matter of time, you will fall’. He had cited several other cases to reinforce that others are stabbing him in the back and rubbing shoulders with him.

Click here to read the earlier story
What the Bishop is saying is analogous to the Pope waking up one morning and bleating every now and then about the breakaway of all other reformed churches from the Catholic Church. These proclamations amongst other show offs by the said Man of God leaves me to muse more incessantly.
Competition between churches is one of the most prevalent, yet least-talked about issues in the church-world. The topic is nauseating and obnoxious; I will rather not discuss it. But Duncan-William’s case in point leaves me with no other option than to make a reference to ‘But you are not to be called ‘Rabbi’, for you have only one Master and you are all brothers. – (Mathew 23:8)
There’s therefore no gainsaying that the Presiding Bishop cum General Overseer of the Christian Action Faith Ministries has made an unfortunate prejudice, considering who he is and how far he has come as a shepherd. The size of his church is neither pie, tan nor any of the mathematical constants that needs to be fixed in his ministry’s equation.
Let’s set the records straight. The church is not any close to a business venture; it is nowhere near market saturation. Hence a struggle for vendors (members) is below the belt and such notions do not only make it porous, but also defeats its purpose.
The Bible says, ‘the body is a unit, though it is made of many parts; and though all its parts are many they form one body. So it is with Christ’ (1 Corinthians 12:16). Nonetheless, Archbishop Duncan-Williams perceives the springing and growth of other churches as conflicting enmity, an unfortunate perception that qualifies him to receive basic lessons on missions.
A bit of education: the charge  of the church, including Christian Action Faith Ministries is to reach out to those who are far from God, divorced from the relationship with Christ; and to nurture them into fully-devoted believers. The competition should not be against other churches.  Otherwise it is a bad slide-tackle.

The real feud is against the sinful world and the blindness of sin-stained lives, adversaries, corruption of the world and the numerous problems that militate against our well-being. Instead of saving the lost and populating the kingdom of God, the church of today has busied itself building empires and thrones and amalgamating wealth.

We are one family in Christ. These developments are very much essential for the expansion of God’s kingdom and for the continuation of reformation.
Having said that, we are admonished to ‘do nothing out of selfish ambition or vain conceit. Rather in humility, value others above yourselves. Your attitude should be the same as that of Christ Jesus. Do everything without complaining or arguing’’
The Devil loves nothing more than for churches and their overseers to see one another as the heart of their contest.
Duncan-Williams should bury his self-aggrandizement and self-centeredness.
The work of the Lord is not martial arts or any other sport. One does not challenge or compete with another. If the whole body were an eye, where would the sense of hearing be? If the whole body were an ear, where will the sense of smell be? 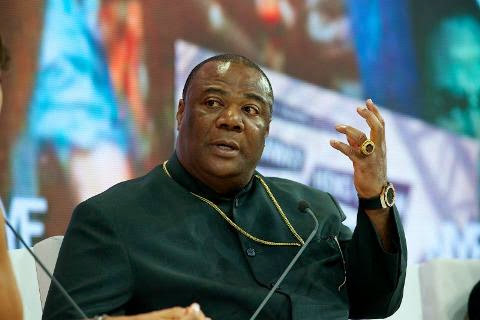