Corruption Has Shown Too Much Of Its Ugly Head

Gone are the ancient days when Okomfo Anokye, Agya Ahor, Togbui Tsali, Togbui Sri, Ndewura Jakpa, among others were the known religious leaders until the arrival of the Basel Missionaries in the 1800’s that converted the African Traditional Faith to the Christendom, and the birth of Islam along the line during the colonial era. They also started formal education with the sole intention of teaching Ghanaians the English language to speed up evangelism, but it eventually grew into what we know today as the structured formal education which has become a prerequisite for holding public offices or access to gainful employment for better conditions of living.

This development has led to the substitution of our local chief-and-king system of governance with the so-called and devastating “democracy” as well as human rights.

Right from infancy, the Ghanaian child is taught to recite the National Pledge on daily basis even when they are ignorant and naive of the meanings of the words that make up the pledge. Even before we are matriculated into, or graduate from the tertiary institutions, or take certain public offices, we are compelled to “CURSE” ourselves by swearing an OATH which is contrary to the teachings of Holy Scriptures in Mathew 5:33-37 and 23: 16-22, which speak strictly against swearing of oaths.

Another text in the Bible says, ‘it is better not to promise than to promise and fail’ yet, that is exactly what we do and even end by saying…”so help me God”.

Unlike the traditional religion where instant death or strange incurable terminal diseases is the punishment for anyone who breaches an oath or promise, we tend to invoke the unbearable anger of the Almighty Jehovah simply because we were made understand and believe that God is ever ready to forgive and so the very things that He detests are the very things we see as normal and take delight in.

Some schools of thought say that Boko Haram could be right for rising against western education as not being good for Africa. The late Libyan President, Muamar  Al-Quadafi also said “democracy is too expensive for Africa”.

To an extent, I side with them because the western education has made us lost focus of posterity and the fear of God after teaching strange misleading practices like the National Anthem and Pledge, Oath of Secrecy and Allegiance among others.

We promise on our honor to be FAITHFUL and LOYAL to Ghana our motherland… after which an individual can, with a clear conscience, for instance; Mr. Alfred Agbesi Woyome rob this same “motherland” of a whooping sum of GH¢ 51.9m.

It is very unspeakable to learn that this Alhaji, who in the first place is supposed to a renowned religious leader, an anti-corruption activist for that matter, has still secured the service of a lawyer; whose salary is also charged from this same consolidated fund to defend him.

The saddest part of it is that it is the ordinary rural and vulnerable Ghanaian who faces the consequences of the mischief of their supposed “parents” who push the national cake into their individual pockets, making life meaningless and valueless to the rural folk.

Meanwhile, all these imposters double as leaders in their various religious denominations, invoking the wrath of God onto themselves and the innocent followers (Lev. 26:14-39), hence, amist the abundance of all the natural resources a country needs to survive, Ghana remains indebted to the “developed” countries and on top, plagued by all sorts of diseases including HIV/AIDS Hepatitis, H1N1, high maternal and infant deaths and the likes, simply because the resources meant to combat these problems are being confiscated by an individual or few number of people for their personal benefits at the expense of the entire citizenry.

A recent and suicidal among them is the consent given by the sports minister to host the 2015 AFCON competition in Ghana which Morocco, who has spent three good years to prepare for this event has suddenly reclined due to Ebola epidemic and South Africa, the other alternative has done same. These are countries that put the interest of their citizens first before that of the individual, but the reverse is the case in Ghana.

Studies have proven that it is as a result of these deliberate cruelty of state officials which make the marginalized in the society to conclude that life is no longer worth living, that triggers the rising of military takeovers and the formation of terrorist groups like BOKO HARAM, AL QUAEEDA and the likes to take hostage and kill government officials and sometimes innocent people as a compensation for their share of the national cake that was reserved by few people.

In a nut shell, I personally recommend the rebirth of the Armed Forces Revolutionary Council (AFRC) and the Provisional National Defence Council (PNDC) which were all led by former President Flt. Lieut. Jerry John Rawlings where culprits of corruption and other similar offences were severely flogged or short dead in public, as the best antidote to the rot in our only begotten country… Long live Ghana 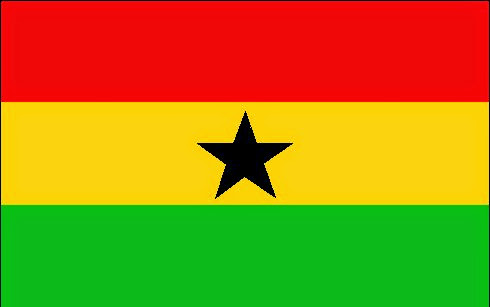